With the Super Bowl coming in a few days, people want to see the big stars arriving in Indy. Forget waiting for the Super Bowl, Indy has their own Housewives of Indianapolis that will be out and about at some of the big parties in town.  They are beautiful, smart and hard working ladies that know who they are and what they want.  I can reveal 2 of them, and if you’re lucky, you just might come across them during Super Bowl week. END_OF_DOCUMENT_TOKEN_TO_BE_REPLACED

The NFL has leaked — or at least teasingly referred to — the setlist for Madonna during halftime of Super Bowl XLVI on Sunday (Feb. 5).

The NFL Magazine (the league’s official publication) did not come out and say exactly what songs Madonna would sing, but put a few hints in a story. The magazine said that nothing was official but thought Madonna’s fans might expect her to give all her luvvin’, provide a “ray of light” and be in “VOGUE” with her music for the Super Bowl. It goes on to say that the Super Bowl is a national “holiday” after all!

Presumably you spotted the (not at all) subtle references to the song titles in that sentence, but for the record, the NFL is saying Madonna will sing “Gimme All Your Luvin’” from her forthcoming album “M.D.N.A.” and past hits “Ray of Light” and “Vogue.”

(Nicki Minaj, who appears on “Gimme All Your Luvin,’” has said she’ll be part of the show as well along with M.I.A. LMFAO has been rumored to have a special appearance as well as Cirque du Soleil, and Cee Lo Green. Madonna is personally picking out the outfits for Minaj & MIA.

With halftime only being about 12 minutes, Madonna could possibly squeeze in Material

Girl, Lucky Star or Like a Virgin to give her fans a bigger thrill. A medley of the songs might fit into the time allotment. Whatever songs end up being squished into the 12 minutes, I believe it will be a very exciting half time show!

Kourtney, Kim and Khloe Kardashian are all (censored by google) in their new Kardashian Jeans ad campaign.

These cheesy jeans that will be sold at Sears, are their new addition to the Kardashian Kollection.

Sorry the ‘topless’ thing was a bit of a letdown. You can go see Kim’s sextape for total (censored by google) stuff :)

Last night, Rumer Willis went on with business as usual, since her Mom Demi Moore was taken to the hospital after overdosing on drugs last week. Willis hit some SAG after parties, and was seen having cocktails and smoking cigarettes.

Willis went to People Magazine’s after party and hung with some Glee cast members, then she went to Harvey Weinstein’s Chateau Marmont after party.

Reese Witherspoon in London, United Kingdom on January 30, 2012. Reese was attending the premiere of “This Means War” at Odeon Kensington. 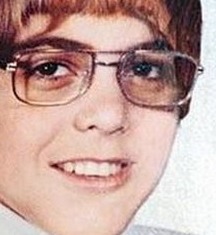 Not so fast! Before we go on we must first Sing It!!!

ALL OF THEM GREW UP – MORE FAMOUS THAN YOU!”

(From the video) Yesterday I discovered a .gif image with this “DJ Cat” and then I did a little research and found the video, so I just downloaded it and edited so it matches the track.

Track used in this video is by Datsik and Excision and is called “Swagga” (Both links are listed below). It was really fun messing around with this video and I bet you’ll have fun watching it.

Rumors have been flying around that Katy Perry’s video T.G.I.F. aka Last Friday Night is CURSED! 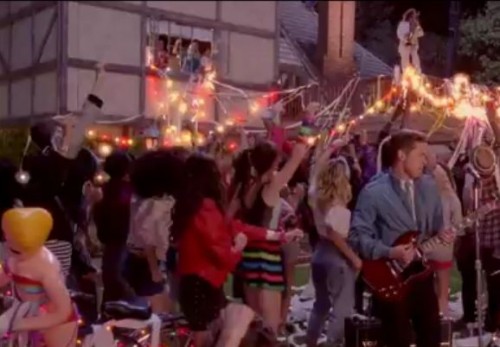 What’s so cursed about it?! Well, I did some research, and I found a few odd things that led me to believe it might be cursed, or the house that they filmed in is!

In this video, I tell you why I think it might be cursed! Make sure to comment what experiences you’ve had with the video and song!
END_OF_DOCUMENT_TOKEN_TO_BE_REPLACED

The Screen Actors Guild Awards will be Sunday on TBS and TNT at 5pm PCT, 8pm EST.

Rumor has it, that after this weekend’s final ‘merge’ discussions between SAG and AFTRA council members, SAG will announce the historical merge with SAG and AFTRA tomorrow Sunday at the SAG Awards.

We can’t wait to see what the verdict will be!
END_OF_DOCUMENT_TOKEN_TO_BE_REPLACED