Brits lie about “The Godfather” 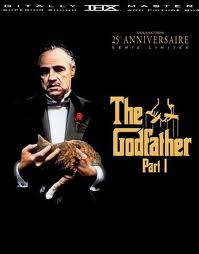 “Rio” may have taken the box office crown this week, but a 40 year old gangster classic is a movie so good that people often lie about seeing it.

Francis Ford Coppola’s “The Godfather” was the top film that Brits lied about having seen, according to UK video rental company LOVEFiLM. In a poll of 1500 people, 80% admitted to having lied about seeing the 1972 classic. Americans never lie about such things, so we’re pretty safe, but the rest of the list is bound to spark some debate.

6. This Is Spinal Tap