Tom Cruise and Zac Efron have been getting to know one another, and they’ve been hanging out. 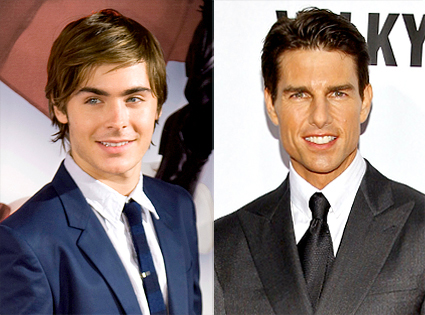 A report says that Cruise invited Efron over to his Beverly Hills house, and Cruise showed Efron his motorcycle collection and that they hung out together. I assume the two are sharing hair pomade, talking about under eye creams and stroking each other’s…egos.

The report says that “Zac is hungry to make the transition from teenage idol to movie superstar-and he’s using Tom’s career as a template for success.” Efron isn’t the only one getting something out of the deal though, the report also says that “Tom wants help reaching the younger audience, and Zac is giving him pointers.”