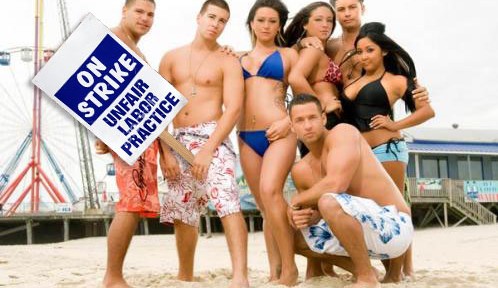 Cast members of the popular MTV TV reality show, Jersey Shore, pulled a wobbler on the set today saying they won’t shoot another scene for the third season until they get a contract to their liking.

Crews showed up to film the Italian stallions and mares, JWoww, Ronnie, Sammi, Pauly D and Vinny but they collectively said, “sorry” choosing to strike instead. Snooki and The Situation are set to shoot tomorrow and are expected to also be unavailable. 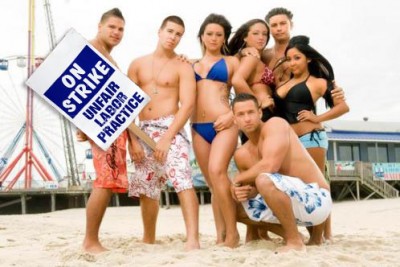 It is reported the cast members make a boatload of moolah, however, the lion share comes from endorsements and appearances and not from MTV salary.