Nicolas Cage to be ‘Buried in a Pyramid Tomb’

The actor has purchased a lavish, pyramid-shaped tomb to serve as his final resting place, entertainment website TMZ reports.

Cage had the nine-foot crypt erected in a New Orleans cemetery. The grave resembles the pyramid symbol that appeared on the poster for Cage’s 2004 adventure film National Treasure. 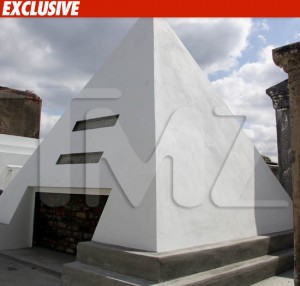 Cage is suing his former business manager, whom he claims drove him down a road to financial ruin.

Last week, the actor lost two adjacent Malibu, California, properties and his Bel Air home to the bank. He lost two New Orleans houses to foreclosure in November, and his Las Vegas mansion was sold at auction in January.