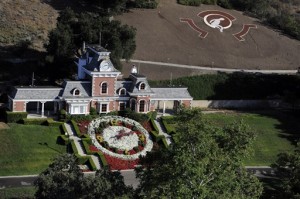 “Neighbors of Neverland are organizing against any move to turn Michael Jackson’s former home into a tourist destination that could disturb the area’s rural tranquility.

It is backed by area community organizations that want to head off any attempts to convert the Neverland ranch in remote Los Olivos into a commercial venue, spokesman Bob Field said.

Field said the area doesn’t have the roads, police or other infrastructure to support crowds drawn to a Graceland-like tourist attraction, which he said would disrupt the enclave’s tranquility.

Such a development would require the property to be rezoned from agricultural to commercial use, a lengthy process that would require a series of public hearings where residents could express their opposition.”