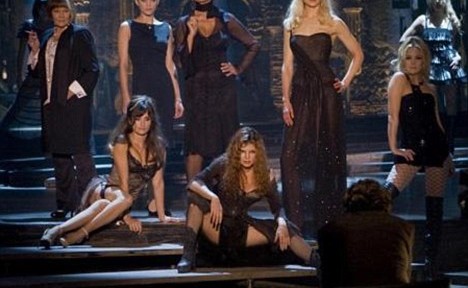 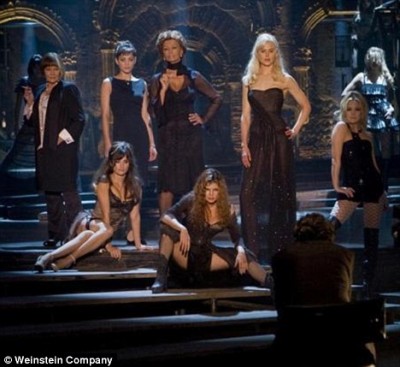 The Daily Mail reports: “The Spanish actress [Penelope Cruz] puts on a racy burlesque performance in the highly anticipated movie which revolves around a film director, played by Daniel Day-Lewis, suffering from a mid-life crisis.”

“Cruz, who plays his mistress, slips into full seduction mode for the scene, in which she cavorts around in a basque, panties, pull-up stockings and high heels.”