“A St. Louis beauty salon owner accidentally happened to stumble upon one of the hottest Hollywood scripts—the pages from an upcoming “Twilight” sequel—in a trash bin. 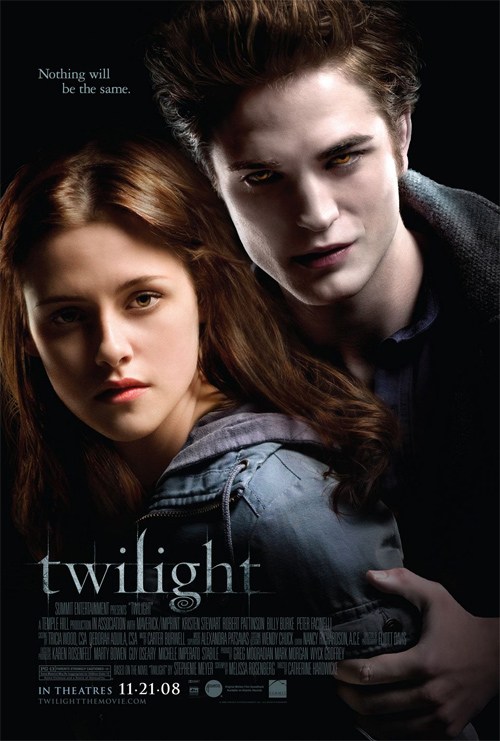 Casey Ray found two scripts, one for the vampire sequel Twilight ‘New Moon’ and one for a different movie titled “Memoirs.” She decided to return them to the studio making the films. In return, she was invited to attend the movies’ premieres, her lawyer said. [Okay, i guess it was worth the honesty!]

Ray recently was waiting for her fiance to finish work when she spotted two scripts in a trash container. She was outside a hotel where actors were staying during a St. Louis shoot for the upcoming George Clooney movie, “Up in the Air.”

It’s not clear how the scripts wound up in the bin.

The Clooney movie includes actress Anna Kendrick, who is also in the “Twilight” vampire movie. A spokeswoman for Kendrick, Lisa Perkins, said the actress wouldn’t have left scripts lying around. When Ray found the scripts, she considered leaking them to a national tabloid but decided against it, said her lawyer, Al Watkins.

“My client didn’t really want to get paid,” he said, but she was interested in hanging onto the scripts as collector’s items.

Watkins helped her return them to Los Angeles-based Summit Entertainment LLC, the studio making the movies. He said the studio invited Ray to premieres for the two films, and will certify the scripts as authentic after the movies are released.

“Summit doesn’t comment on any of the deals it does,” Summit spokesman Paul Pflug said. But he added, “We thank Ms. Ray for doing the right thing.””