She’s still got it!Jamie showed up in a pink wig for the event, which was a fundraiser for the Children’s Hospital of Los Angeles. She was presented her award by California Governor and actor Arnold Schwarzenegger. In 1994, the two starred together in the sexy action film ‘True Lies’. This kiss is nothing new for them! 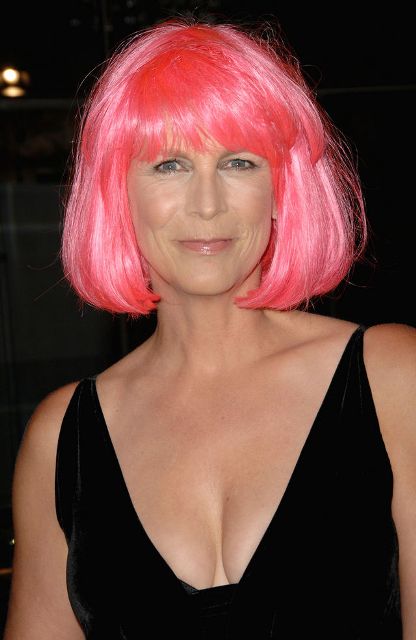 Actress Jamie Lee Curtis was an honoree last night at the 2009 Noche de Ninas Gala and Concert held at the Beverly Hills Hilton Hotel.   Jamie accepted the ‘Courage to Care Award’ that is given each year to someone from the entertainment industry.

Good to see her having fun!