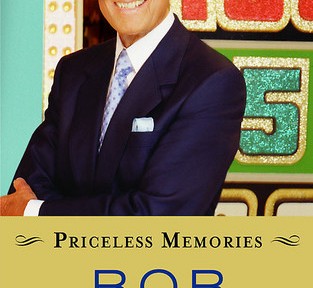 Bob Barker, the beloved former ‘Price is Right’ host recently released his new biography “Priceless Memories”. I just learned that Bob made a comeback appearance on the Price is Right last month to promote the book. This is new to me! Here’s a few things I learned…
These 4 topics are said to be in his book:

* He’s A War Hero And Hoopster. Before he ever got shot by a camera, Bobby B. practiced dodging bullets while training to be a Navy fighter pilot during WWII. [Bookpage] And he shot hoops on a basketball scholarship at Drury College in Missouri. [Drury.edu]

* He’s A Rebel With A Cause. After decades of coloring his hair to fit game show host standards, in 1997 Bob publicly dissed the dye as it was tested on little furry animals. After 51 years on television, he was mighty silver by the end. Now, he’s credited with trail-blazing the gray trend for TV men. [Answers]

* He Hearts Animals. Bob credits Dorothy Jo, his high school sweetheart-turned-wife of 36 years, for inspiring him to become a vegetarian. After 20 years, he quit hosting the Miss USA pageants when they refused to remove fur prizes. [People]

* He’s A Lover And A Fighter. Chuck Norris trained Bob Barker in karate. [Next Round] Barker jumped at the chance to show off his skills and beat the crap out of Adam Sandler in “Happy Gilmore.” [imdb]

Thefrisky.com put together a humorous list of ‘what they think will be in his new book also’: