Helio Castroneves, ‘Dancing with the Stars’ winner in 2007, and famous 2 time Indianapolis 500 driver, has just been acquitted for 6 counts of tax evasion but still hung up on one conspiracy charge.Helio was facing more than six years in prison if convicted of conspiracy and tax evasion between 1999 and 2004. Reports say he evaded $2.3 Million to U.S. income taxes. 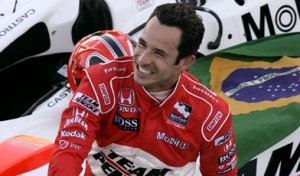 About the conspiracy charges:
Prosecutors said Helio’s ownership of the Panamanian company was called “Seven Promotions”; a shell corporation set up out of the U.S. (in Brazil) primarily so Helio could dodge U.S. income taxes. Apparently the prosecutors say Helio stowed away his money he got from a $5 million licensing deal with Penske Racing back in 99′, and put the money into Seven Promotions (hiding the money so he doesn’t have to pay taxes). But Helio’s father testified that he, himself, created Seven Promotions to ‘boost his son’s image in Brazil.’ Claiming that Helio des not own the company. Numerous documents then popped up from the prosecutors in court, stating that Helio claimed Seven Promotions as his own. If Helio does not own the company, then why would he hold his $5 million Penske money in the Brazilian Seven Promotions company?

Breitbart.com reported that “Helio’s attorney Roy Black told jurors in closing arguments that such deals are common—and perfectly legal—for athletes who have relatively short careers and face injury or worse at any moment. Black also said Helio had only a slight understanding of his financial affairs and relied on professionals to deal with them. Does anybody really think Helio Castroneves really made a financial decision? All he did was drive—and drive he did. “