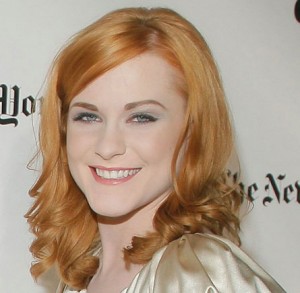 Ex girlfriend to the always pale Marilyn Manson, Evan Rachel Wood has a new look, and I must say…it brings out her softer side. The still pale actress, changed her locks from waay too dark, to a nice auburn. She premiered her look last night at New York’s 18th Annual Gotham Independent Film Awards at the Museum of Finance; is it me or does anyone else think that having a film awards banquet at the museum of finance is  a little odd…poor independent artists!