Most of the people who live in the community are members of the Warren Jeffs polygamist sect known as the Fundamentalist Church of Jesus Christ of Latter-day Saints (FLDS).  END_OF_DOCUMENT_TOKEN_TO_BE_REPLACED

A string of power lines came down during intense flooding in Phoenix, Arizona.

The flooding has closed both directions of Interstate 17 at Durango, according to the Arizona Department of Transportation. 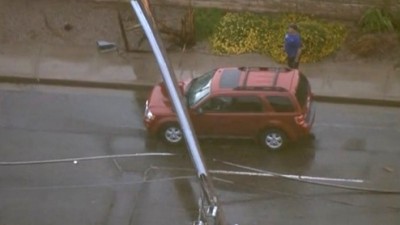 END_OF_DOCUMENT_TOKEN_TO_BE_REPLACED

Residents return to their flood affected house in the Brisbane suburb of Saint Lucia January 13, 2011. Flood water in Australia’s third-biggest city peaked below feared catastrophic levels on Thursday but Brisbane and other devastated regions faced years of rebuilding and even the threat of fresh floods in the weeks ahead. REUTERS/Mick Tsikas