According to an onlooker, “It was all part of the celebration in the street and some random girl kneeled down in front of him abruptly as he was turning around and he tripped over her because he didn’t see her.” END_OF_DOCUMENT_TOKEN_TO_BE_REPLACED

Cambridge cops are on the hunt for a 6-foot black man in his mid-20s who allegedly punched four pedestrians on Massachusetts Avenue over the weekend. One of the victims is a young woman. 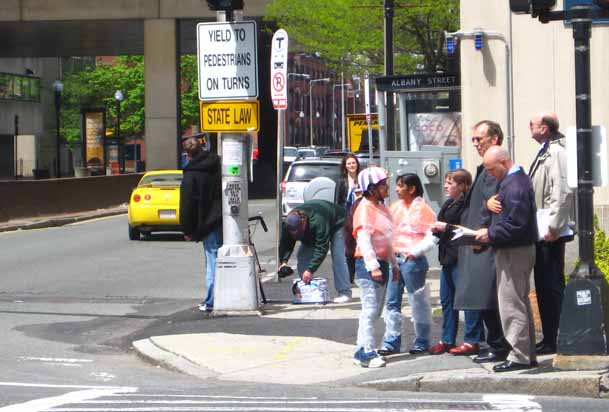 Four people were injured but did not request medical attention after being surprised punched by an unidentified man while walking on a Boston street near Massachusetts Ave.