The woman answered a knock at the door and a man forced his way inside, police Lt. Adam Cornils told reporters at the scene.  END_OF_DOCUMENT_TOKEN_TO_BE_REPLACED

Renowned fitness expert, Greg Plitt, is dead after being struck by a Metrolink train in Burbank, California, on Saturday.

Plitt, who was featured in newly debuted Bravo reality series “Friends to Lovers,” was a bodybuilder, inspirational coach, actor and model. 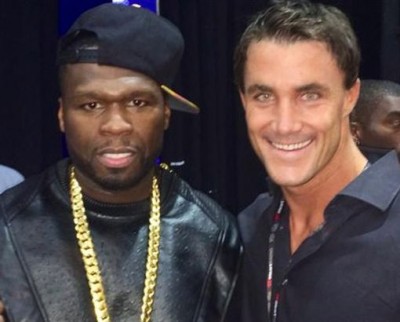 Plitt was struck about 4:05 p.m. on the tracks at Front Street, just north of the Burbank Metrolink Station END_OF_DOCUMENT_TOKEN_TO_BE_REPLACED

Presented in HD! A nice drive through the streets of Burbank California. Tons of old cars and people walking about, not to mention hundreds of perfectly manicured yards of 1949.

Make sure to watch the video in HD! You may need to click the little “gear” icon located in the bottom right hand side of this Youtube video, and select 720p.

This bitch does not know when to quit! Well folks… It finally happened! Amanda got pulled over AGAIN yesterday and this time savee (yeah right) cops decided to pull the plug on her drug-fueled-psycho-driving-regiment by impounding her BMW!

Amanda Bynes’ suspended license finally caught up with her today — TMZ has learned she was pulled over by police and had her car impounded.

Law enforcement sources tell TMZ … Bynes was pulled over in her black BMW around 9:00 AM in Burbank, CA. We’re told when cops ran her license they discovered it was suspended.

According to our sources, cops impounded the vehicle and issued her a misdemeanor ticket for driving on a suspended license.

As TMZ first reported, Bynes was pulled over on September 9 — but despite having the suspended license, she was given only a verbal warning and let go.

SHELBY, NC — Cops say they arrested a woman over the weekend after she literally squeezed a man’s balls out of his scrotum, that pouch of skin that contains the testicles.

Apparently, Gregory got in a fight with a man who didn’t want to fight, and when he exited the residence, attempting to call 911, she somehow got a hold of him by his scrotum and squeezed so tightly, his nuts literally popped out their sack.

The injured man hightailed it to a nearby building for help.

Police were sent in and eventually arrested Gregory. While in the patrol car, she pulled down her pants and peed in the backseat.