Vanessa Hicks, the photographer who captured the now controversial snap of a baby cradled in an American flag is speaking out on the heels of her work’s sudden viral-ness.

Hicks, who was approached by the baby’s parents, said it was their idea to photograph the boy with the flag as a way to pay homage to their military service. 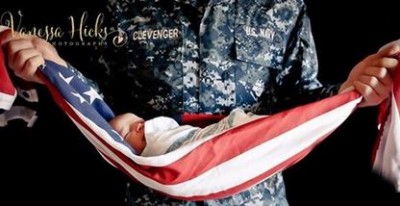