Statement from the NHL: Los Angeles Kings defenseman Slava Voynov has been suspended indefinitely from all club activities pending a formal investigation by the National Hockey League of an arrest this morning on charges of domestic violence.

The suspension was imposed under Section 18-A.5 of the Collective Bargaining Agreement, which provides that, during the pendency of a criminal investigation, “The League may suspend the Player pending the League’s formal review and disposition of the matter where the failure to suspend the Player during this period would create a substantial risk of material harm to the legitimate interests and/or reputation of the League.” 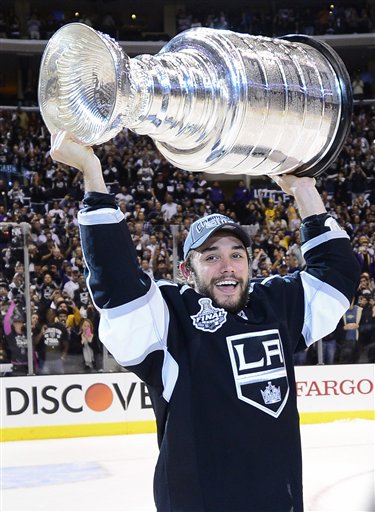 Voynov, who will continue to be paid during the pendency of the investigation, was arrested for California Penal Code section 273.5, Domestic Violence.