The Price Is Right model Manuela Arbelaez, a six-year veteran of the popular game show, is suddenly getting mass attention but for all the wrong reasons.

Arbelaez, 26, was one of the five finalists in The Price Is Right Model Search contest in 2008. Finalists appeared on an episode of the game show in October 2008. The winner was then chosen by internet voting. The model won the right to tape five additional episodes. And the rest is history, that is until today. 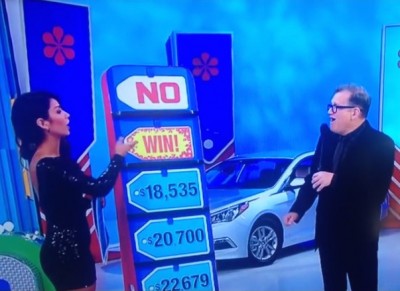 Watch Arbelaez in what can only be described as a cringe-worthy on-the-job moment. Safe to say, if Arbelaez could have made herself disappear, she gladly would have. END_OF_DOCUMENT_TOKEN_TO_BE_REPLACED