Ten people have been killed, including Olympic swimmer Camille Muffat, who was 25 years old and Olympic boxer Alexis Vastine, 28, in a helicopter crash while filming in Argentina for the French reality show “Dropped.”

Two helicopters collided, one flown by production and the other by the Argentine government. The accident occurred in the hills of La Rioja, Argentina, 700 miles north of the country’s capital, Buenos Aires. 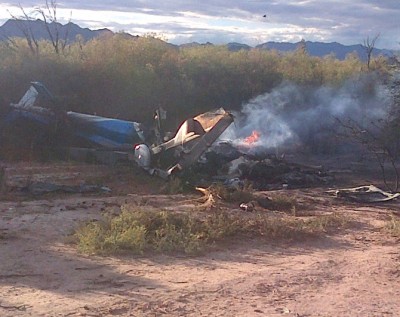 Eight of the victims of the crash have been identified by the authorities as members of the Dropped team, according to AFP. These include contestants Olympic swimmer Camille Muffat, who was 25 years old, Olympic boxer Alexis Vastine, 28, and sailor Florence Arthaud, 57, along with director Laurent Sbasnik, journalists Lucy Mei-Dalby and Volodya Guinard, producer Edouard and artist Brice Guilbert. h/t mashable

Eight French Nationals, who were members of cast and crew from the survival show Dropped, were traveling in the helicopters at the time of the crash along with two Argentine pilots. All died in the fiery crash in the town of Villa Castellia.