Mrs. Knott’s Chicken Dinner Restaurant serves up tasty chicken dinners, lighter-than-air biscuits and boysenberry pies, but behind the scenes they were offering up something more of the creepy-crawly variety.

The popular chicken restaurant, that has been serving customers for 80 years, had its permit pulled Thursday after inspectors discovered a cockroach infestation. 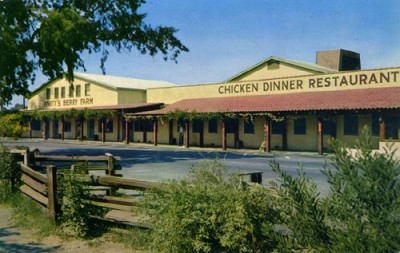 Deanne Thompson, spokeswoman for Orange County Health Care Agency said of the cringe-worthy discovery, “There was evidence of an infestation and it was enough to suspend the permit.”

The examination was part of a routine inspection, Thompson said.

Representatives from Knott’s Berry Farm were not immediately available for comment.

In June of 1934, the first chicken dinner was rolled out at what was then known as Knott’s Berry Place. The business quickly grew from a small tea room to seven huge dining rooms accommodating 4,000 people on any given night.