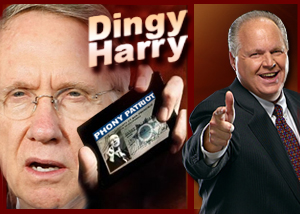 Limbaugh said, “I don’t believe for a minute that whatever happened to Harry Reid has anything to do with an exercise machine unless somebody repeatedly threw him into it.” END_OF_DOCUMENT_TOKEN_TO_BE_REPLACED