A St. Louis cop who picked the wrong guy to physically push back onto a Ferguson sidewalk during a peaceful Mike Brown protest, has suddenly been relieved of duty. 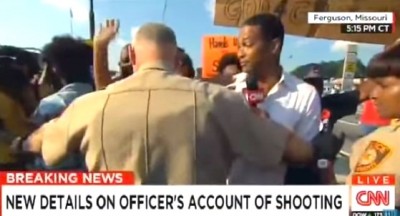 Apparently, Page was not relieved of duty for pushing Lemon, rather over a video that emerged of him conducting an hour-long speech disparaging African-Americans, the LGBT community and even President Barack Obama..

Don Lemon did his best to conduct a civil interview with boisterous rapper Talib Kweli, but that was not going to happen..

Kweli admonished Lemon for his interviewing tactics then went on to say that CNN, as well as the entire media, is run by white supremacists..

END_OF_DOCUMENT_TOKEN_TO_BE_REPLACED

NSA plaintiff Larry Klayman skewers CNN’s Don Lemon after the CNN host tried to have him booted from a segment over the NSA killer’s comments.

Don and Jeffrey Toobin did their tag-team best to be loyal Obama boys but Klayman was having none of it! 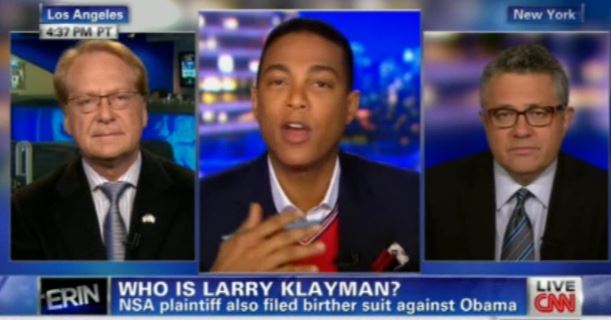