A news photojournalist was attacked by a ghost while covering a haunted house story in a Pennsylvania home.

The news crew was inside a home in Hanover, York County, when after a few minutes the cameraman felt a “piece of hot metal,” jabbing into his wrist. Upon inspection, his arm appeared to be scratched.. Homeowner DeAnna Simpson says she has photos of other people who have gotten scratched inside her home. 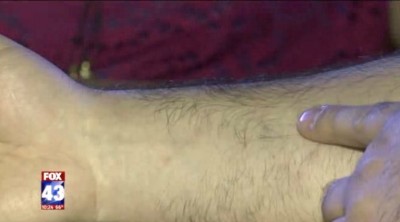 “It was really strange, I’ve never felt anything like it before,” he said. A homeowner says she’s living in the middle of a violent haunting with ghosts, demons and a “shadow man” in her home. END_OF_DOCUMENT_TOKEN_TO_BE_REPLACED