A couple in Great Britain made an incredible find of a lifetime at a local swap meet, snatching up a $15 Beanie Baby that ended up being worth well over $90,000.

Leah Rogers and Ryan Flanagan were attending a flee market in Bude, Cornwall, UK., when they spotted the purple plush toy for sale. The bear is an ultra-valuable limited edition Princess Diana Beanie Baby. 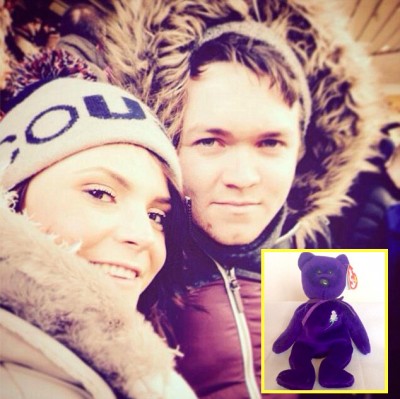 The Beanie Baby Princess was announced on October 29, 1997 in honor of Princess Diana. All proceeds were reportedly donated to the Diana, Princess of Wales Memorial Fund. Only 100 first edition bears (12 per vender,) were produced around the world in 1997 to raise money for the Princess of Wales Memorial Trust after the former future queen died in a tragic paparazzi-fueled car accident in Paris. END_OF_DOCUMENT_TOKEN_TO_BE_REPLACED