George Segal cause of death

LOS ANGELES, CA. (THECOUNT) — George Segal, the actor who was nominated for an Oscar for 1966’s “Who’s Afraid of Virginia Woolf?,” and starred in the ABC sitcom “The Goldbergs,” died Tuesday in Santa Rosa, California, his wife said. He was 87.

“The family is devastated to announce that this morning George Segal passed away due to complications from bypass surgery,” Sonia Segal said in a statement. 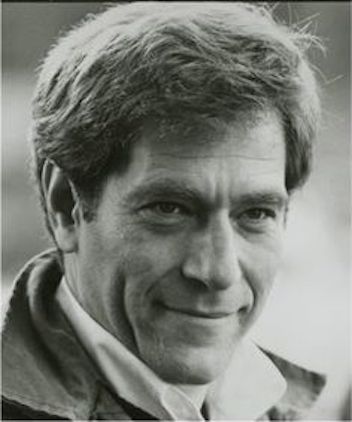 A native of Great Neck, New York, Segal was always best known as a comic actor but his most famous role was in a harrowing drama, 1966’s “Who’s Afraid of Virginia Woolf,” according to ABC7.

The entire cast of the film, based on Edward Albee’s acclaimed play, was nominated for Academy Awards: Elizabeth Taylor and Richard Burton for starring roles, Sandy Dennis and Segal for supporting performances. The women won Oscars, the men did not.

To younger audiences, he was better known for playing magazine publisher Jack Gallo on the long-running NBC series “Just Shoot Me” from 1997 to 2003, and as grandfather Albert “Pops” Solomon on the “The Goldbergs” since 2013.

Death of a Salesman (1966), dir. Alex Segal:
Adapted for TV, this production offered Lee J. Cobb and Mildred Dunnock, the original Broadway leads, with Segal and James Farentino as Willy Loman’s sons. Segal held his own in the emotional showdowns with the powerhouse Cobb in Arthur Miller’s story of chasing the American dream.

Bye Bye Braverman (1968), dir. Sidney Lumet:
Segal is one of four New York Jewish intellectuals crammed into a VW bug on a multi-borough odyssey. They contemplated their own mortality, as they searched for the funeral of their best friend, dead at 41. Lumet’s film embodied the kind of character-driven approach that became a 1970s hallmark.

Loving (1970), dir. Irvin Kershner:
This witty, bitter marital drama showed Segal’s willingness to play against his own charm. As a harried, fast-talking commercial artist, he’s trying to land a big client as he juggles a needy mistress with a long-suffering wife (Eva Marie Saint) and kids. It features one of the more emotionally devastating climaxes you’ll see.

Where’s Poppa? (1970), dir. Carl Reiner:
The comedy pushed boundaries of bad taste in its day, offering a raucous comic maelstrom with Segal as the seemingly calm center. He plays an attorney who still lives with his senile mother (Ruth Gordon) because he promised his late father he’d never put her in a home. But he reconsiders when he meets the girl of his dreams.

The Owl and the Pussycat (1970), dir. Herbert Ross:
This film adaptation of a hit Broadway romantic comedy cast Segal as an unpublished writer in New York who gets embroiled with the part-time prostitute (Barbra Streisand) in a neighboring apartment. It’s an odd-couple comedy with snappy dialogue between Segal’s indignantly prudish Felix and Streisand’s free-wheeling Doris.

The Hot Rock (1971), dir. Peter Yates:
A caper comedy based on a novel by Donald E. Westlake, this gem teamed two golden-boys of the era — Segal and Robert Redford, still a year or so away from his peak popularity. With a supporting cast that included Zero Mostel, Paul Sand, and Ron Leibman, this William Goldman-scripted film offered great comic chemistry between Segal and Redford as bickering jewel thieves.

Blume in Love (1973), dir. Paul Mazursky:
Here’s another of Segal’s ’70s classics, a shaggy semi-romantic comedy-drama by Paul Mazursky. Segal plays a divorce lawyer who cheats on his wife (Susan Anspach), then realizes he’s still in love with her when she leaves him to go her own way with a younger man (Kris Kristofferson). Segal gives a touching, wistful performance.

California Split (1974), dir. Robert Altman:
Altman teamed Segal with Elliott Gould for one of the era’s best shaggy-dog stories. Segal plays a magazine writer who is befriended by a semi-professional gambler (Gould) and develops a serious jones for a high-stakes win. Segal shows us the excitement and mania of the gambling bug, as this guy pawns everything for a last-ditch shot at a big win in Reno.