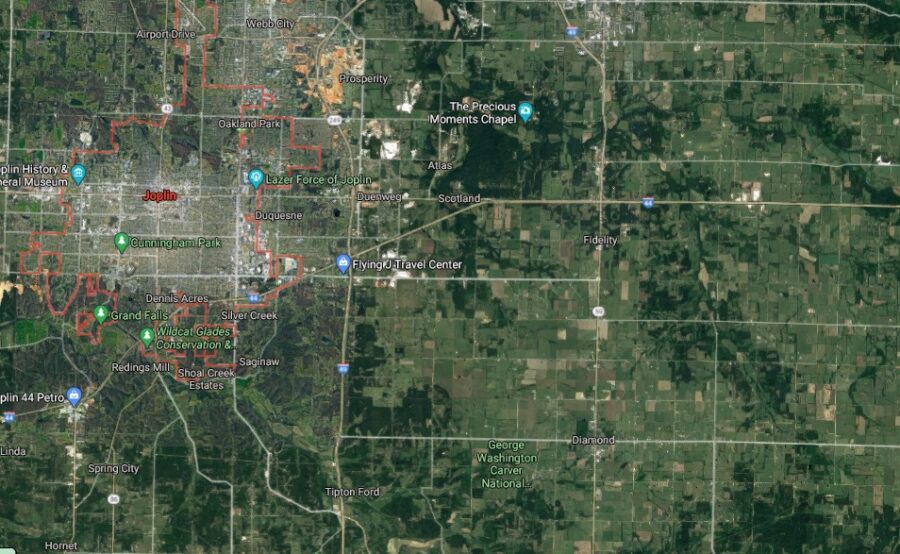 Geo quick facts: Jasper County is a county located in the southwest portion of the U.S. state of Missouri. As of the 2010 census, the population was 117,404. Its county seat is Carthage, and its largest city is Joplin. The county was organized in 1841 and named for William Jasper, a hero of the American Revolutionary War – Wikipedia.