PHILADELPHIA, PA. (THECOUNT) — A leaked internal memo distributed throughout the Philadelphia Police Department, aims to “delay” the arrests of car thieves, robbers, burglars, vandals, prostitutes and more to mitigate risks of their officers getting coronavirus

According to the memo, due to the coronavirus crisis, Philadelphia officials will no longer make arrests for all narcotics offenses, theft from persons, retail theft, theft from auto, burglary, vandalism, bench warrants, stolen autos, economic crimes such as passing bad checks, fraud, & prostitution.

From The Philadelphia Inquirer, “Philly police will delay arrests for a range of crimes, including theft, prostitution”:

Beginning Tuesday as an attempt to mitigate the spread of the coronavirus, Philadelphia police will delay arrests in crimes ranging from narcotics to theft to prostitution, Commissioner Danielle Outlaw informed commanders Tuesday. 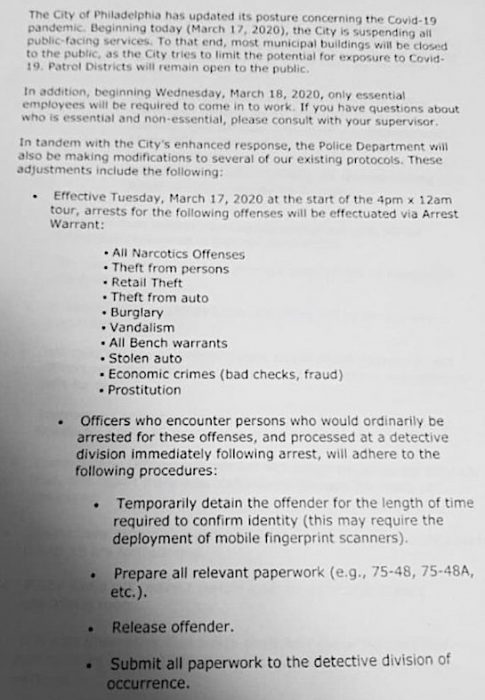 Instead, suspects will be temporarily detained while officers can verify their identification. If they are not deemed a threat, they will be released and a warrant will be prepared for a future arrest. A detective will then submit an arrest affidavit to the district attorney’s office for approval.

The crimes will include all narcotics offenses, thefts, burglary, vandalism, prostitution, stolen cars, economic crimes, such as bad checks and fraud, and any existing bench warrants, she said in an internal memo obtained by the Inquirer. “The warrant will be served at a later time, as conditions dictate,” reports InfoWars.

The memo states: “If an officer believes that releasing the offender would pose a threat to public safety, the officer will notify a supervisor, who will review the totality of the circumstances and utilize discretion, in the interest of public safety, in determining the appropriate course of action.” 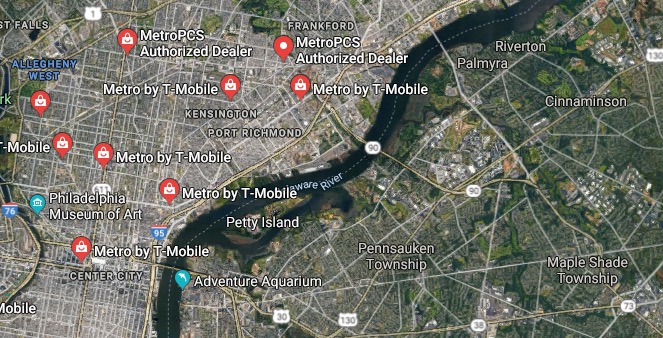