PASCO COUNTY, FL. (THECOUNT) — Country singer, Daniel Lee Martin, has been found dead in his home of an apparent suicide.

Martin, 54, had been under investigation for crimes against a minor in Florida and Tennessee. 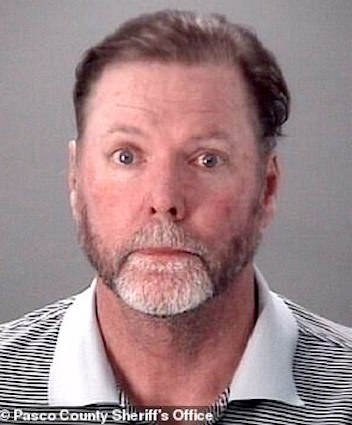 Martin was found dead from an apparent self-inflicted gunshot wound Friday by police officers attempting to serve him with a warrant for further sexual assault and battery charges.

Deputies arrived at Martin’s home in Pasco County, Florida, at about 3.20 pm after they failed to make contact with him. Martin had previously made threats of harm against himself and others, according to a statement from Pasco Sheriff’s office.

Martin was arrested on January 27 on charges of lewd and lascivious exhibition and prohibition of certain acts in connection with obscenity, reports DailyMail.

The arrest was made after the alleged victim, a young girl, told cops that Martin exposed himself while the two were sitting on a sofa in his New Port Richey home on November 1, 2019.

The child also claimed that Martin fondled himself and shared pornographic pictures.

It is reported that the girl spent several nights in Martin’s home. She reported the incident to her mother who contacted the Sheriff’s office.

Martin was released three hours after his arrest on a $15,000 bail.

Geo quick facts: Pasco County is a county located in the U.S. state of Florida. As of the 2010 census, the population was 464,697. Its county seat is Dade City, and its largest city is New Port Richey. The county is named for Samuel Pasco – Wikipedia