IOWA. (THECOUNT) — Eric Cooper, the Major League Baseball umpire who worked the AL Division Series just two weeks ago, has died of a blood clot. He was 52. 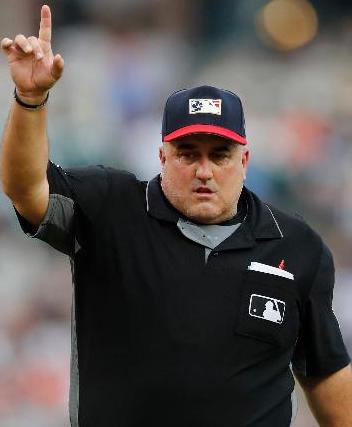 Cooper died after having a blood clot. He had knee surgery earlier in the week and was recuperating at his father’s home in Iowa. Popular with his fellow umps, he was talking to them Saturday about his recovery.

Cooper made his debut in the majors in 1996 as a minor league fill-in and joined the big league staff in 1999, reports KCRG.

His most recent assignment came in the playoffs this month when he worked the New York Yankees’ sweep of Minnesota in the ALDS. He was at second base on Oct. 7 for the clinching Game 3 at Target Field.

Cooper worked the 2014 World Series between the Kansas City Royals and San Francisco Giants. He drew that post helped by his success rate on replay challenges — MLB took those numbers into account in picking the crew, and Cooper had only three calls reversed all season.