Scientists Shocked After Discovering ‘iPhone’ In Hand Of 2,137-Year-Old Woman

KHANASSIA, RU. (THECOUNT) — A remarkable 2,137-year-old object that resembles a modern day cell phone has been dug from a grave of a young woman.

“Natasha’s’ burial with a Hunnu-era (Xiongnu) iPhone remains one of the most interesting at this burial site. 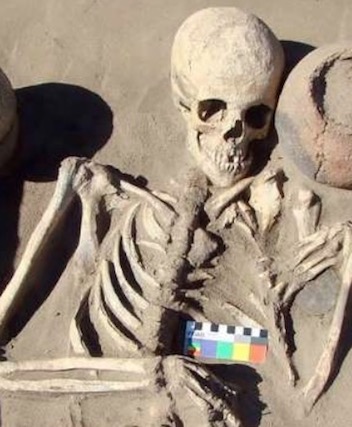 The structure, which is nearly the exact size an an iPhone 10, is made of black gemstone jet, a type of lignite, with inlays of semi-precious stones. 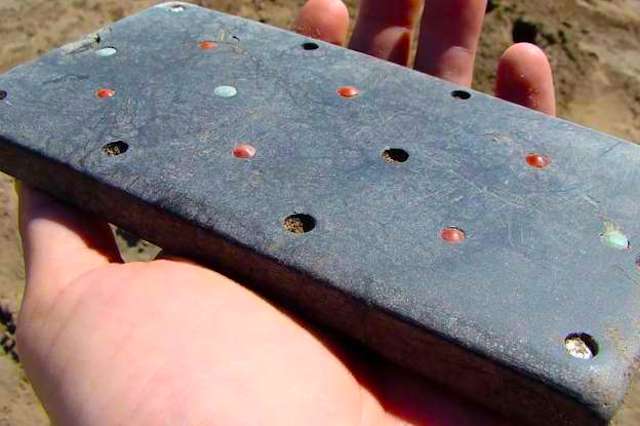 It was found after the Ala-Tey necropolis, a reservoir near Sayano-Shushenskaya Dam, Russia’s biggest power plant, was drained.

Experts say the deceased was a fashionable young woman who lived in the Hunnu-era (Xiongnu) in rural south Russia. It is believed she actually wore the object as a belt buckle.

“Hers was the only belt decorated with Chinese wuzhu coins which helped us to date it,” said Dr Pavel Leus, who led the team of archaeologists in the summer, reports MSN.

The buckle, around seven by three and a half inches in size, was discovered in the normally submerged “Atlantis necropolis” near the dam. 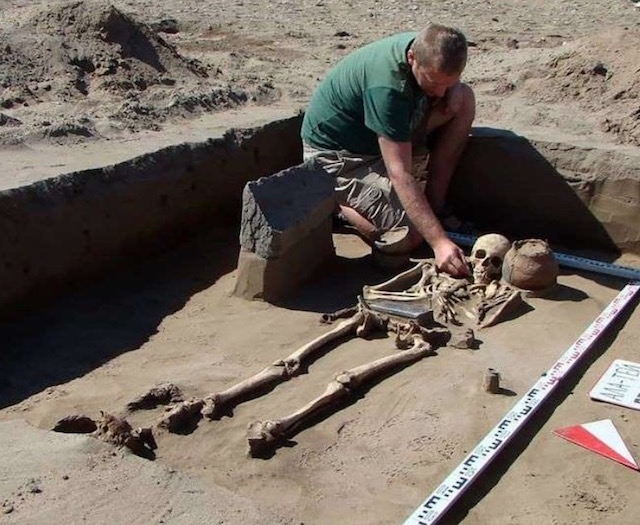 Other graves of prehistoric civilisations dating from the Bronze Age to the time of Genghis Khan are located in the area.

Two more partly-mummified prehistoric fashionistas – buried with the tools of their trade – were unearthed earlier this year.

Dr Marina Kalinovskaya from the St Petersburg Institute of Material History Culture, who leads the Tuva Archeological Expedition, said: “This site is a scientific sensation.

“We are incredibly lucky to have found these burials of rich Hun nomads that were not disturbed by (ancient) grave robbers.”

Scientists admit they are in a race against time to examine the sites and save priceless treasures from damage by water.

Geo quick facts: Khakassia, officially the Republic of Khakassia, is a federal subject of Russia. Its capital city is Abakan, which is also the largest city in the republic. As of the 2010 Census, the republic’s population was 532,403 – Wikipedia.