STAVELOT, BELGIUM. (THECOUNT) — Juan Manuel Correa, the driver seriously injured in a Formula 2 crash which killed Anthoine Hubert in Belgium last weekend, has been placed in a medically induced coma.

Correa, 20, is in a critical but stable condition after being diagnosed with acute respiratory distress syndrome. The Ecuador-born American broke both his legs and sustained spinal cord damage after the 160mph accident last weekend at Spa-Francorchamps. 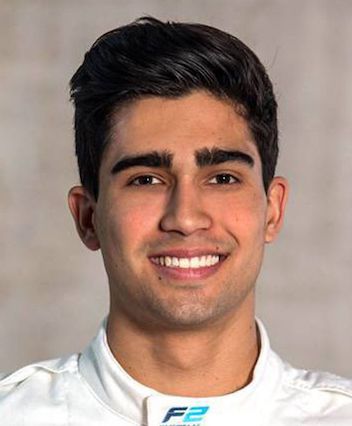 The winning driver was transferred from Liège to a hospital in London, where he is now in intensive care after complications arose, leading to Correa suffering acute respiratory failure, reports TheGuardian.

A statement released by Correa’s family said: “As time has progressed, new complications have surfaced as a consequence of the massive impact [Juan Manuel] suffered in Belgium.”

“Juan Manuel is currently in an intensive care unit that specialises in respiratory injuries. At this point of time he is an in induced state of unconsciousness and under ECMO (extracorporeal membrane oxygenation) support. Juan Manuel is in critical but stable condition.

“We are confident that our son will surprise us like he always does with his tremendous fighting will and strength, and will recover completely.”

Anthoine Hubert, the reigning GP3 champion, was killed in a crash on the first lap of an F2 race during the Belgian Grand Prix weekend, according to reports Saturday afternoon.

Hubert, 22, who won the F2 Race 2 in 2019 at Paul Ricard, was killed in a Formula 2 crash at Spa during the Belgian Grand Prix weekend. 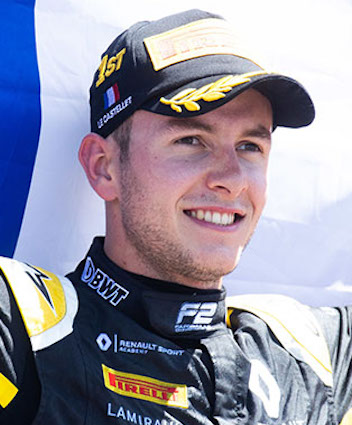 A statement from the FIA confirmed that Hubert lost his life just over an hour after the crash despite immediate medical attention.

“The FIA regrets to advise that a serious incident involving cars No12, No19 and No20 occurred at 5.07pm as a part of the FIA Formula 2 Sprint Race at Spa-Francorchamps, round 17 of the season,” it said.

“The scene was immediately attended by emergency and medical crews, and all drivers were taken to the medical centre.

“As a result of the incident, the FIA regrets to inform that the driver of car No19, Anthoine Hubert, succumbed to his injuries, and passed away at 6.35pm

“The driver of car No12, Juan-Manuel Correa (USA), is in a stable condition and is being treated at the CHU Liège hospital. More information on his condition will be provided when it becomes available.

“The driver of car No20 Giuliano Alesi (FRA) was checked and declared fit at the medical centre.

“The FIA is providing support to the event organisers and the relevant authorities, and has commenced an investigation into the incident.”

The BWT Arden driver was in his first F2 season after winning last year’s GP3 championship. He had already won two races in the series, at Monaco and Paul Ricard, and was a Renault Sport Academy driver. Saturday afternoon’s F2 feature race was cancelled after the first lap accident, which was triggered as the grid headed uphill through the high-speed section between Eau Rouge and Radillon. A spinning car forced Hubert to take evasive action, which resulted in him spinning into the barriers, then back towards the track. He was then hit by Juan Manuel Correa who also suffered injuries, reports MotorSportMagazine. 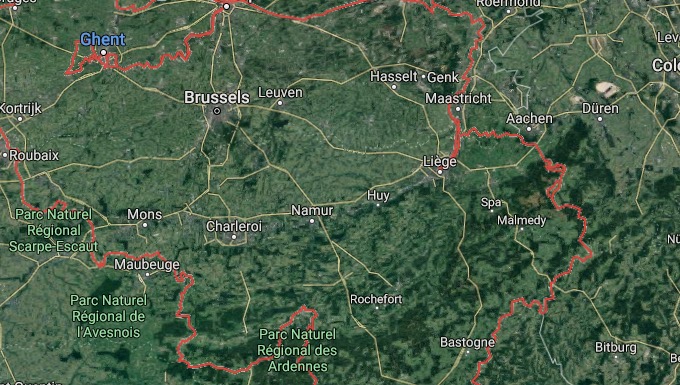 Geo quick facts: Belgium, a country in Western Europe, is known for medieval towns, Renaissance architecture and as headquarters of the European Union and NATO. The country has distinctive regions including Dutch-speaking Flanders to the north, French-speaking Wallonia to the south and a German-speaking community to the east. The bilingual capital, Brussels, has ornate guildhalls at Grand-Place and elegant art-nouveau buildings – wikipedia.