The announcement came during Fox Sports Midwest broadcast of the Cardinals-Pirates game in Pittsburgh. 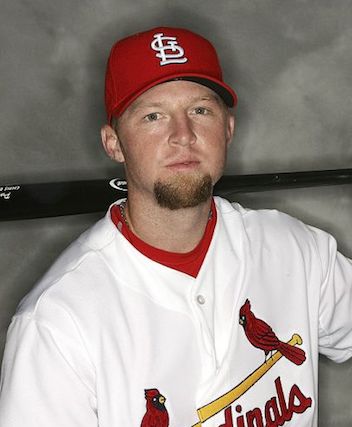 Duncan, son of Cardinals pitching coach Dave Duncan, played with the Redbirds from 2005 to 2009. After retiring in 2010, he joined WXOS in October 2011. One year later, Duncan was diagnosed with a brain tumor and took time off to treat the disease.

In January 2019, the cancer returned and Duncan went on permanent leave from his radio gig at 101.1 ESPN to continue his fight, according to FOX8.

In parts of five seasons with the Cardinals, 2006 was Duncan’s best with the club. He hit 22 homers and Cardinals went on to win the World Series.