PHOTO: Did ELVIS Presley Visit Graceland On What Would Have Been His 82nd Birthday? 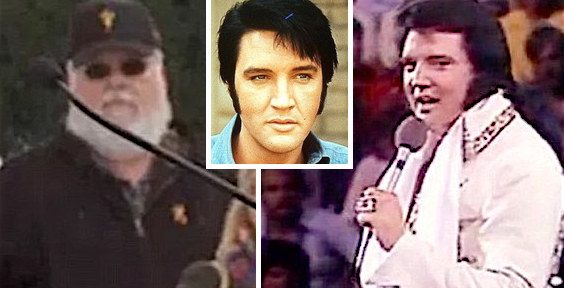 Elvis Presley fans are freaking out over a snap of a bearded man visiting Graceland on what would have been the singer’s 82nd birthday. The photo was taken on the front lawn during a cake-cutting ceremony last Sunday.

Could Elvis still be alive and did the music icon fake his own death in 1977 to escape the pressures of fame? A new picture snapped at the singer’s Memphis showing a large man with white hair and a white beard may say yes! Could this be proof the “Love Me Tender” crooner is still alive and and eating well? One fan wrote on the page: ‘I did notice that man at a few points during the video and wondered if it was him. What do you think? Could Elvis still be alive? Comment below!