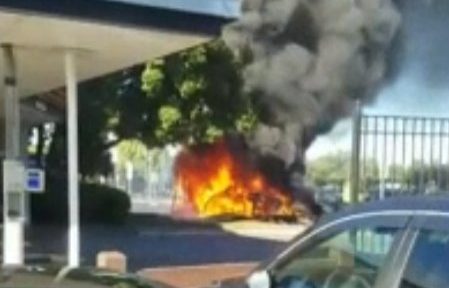 The Hartford Courant reported a student pilot and his instructor were arguing before the crash, with the student saying he no longer wanted to fly the plane. An initial search of the apartment where the student was staying found no signs of terrorism, the newspaper added. The crash of the twin-engine Piper PA-34 Seneca killed only the passenger. The New York Times and the Courant identified that man as 28-year-old Feras Freitekh. Freitekh entered the U.S. in 2012 on an M1 visa for flight school and at some point he also acquired an F1 visa for language school, CBS News reported. Freitekh was issued a pilot’s license in May 2015 and was certified to fly a single-engine plane. h/t foxnews “Pratt & Whitney is assisting authorities as needed. We are unable to comment further since this is an active investigation,” the company announced in a statement Tuesday.