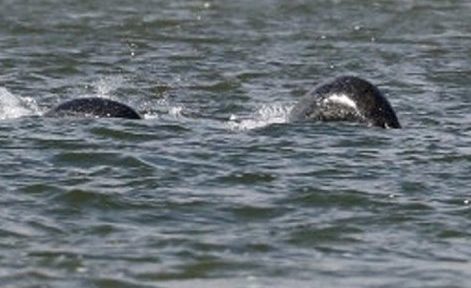 Amateur photographer, Ian Bremner, caught on camera what he claims is Nessie, aka, Loch Ness Monster, while shooting photos around the Highlands.

Bremner, 58, says he was searching for red deer, but instead came across the rare sight of the illusive beast. The photo could be one of the most convincing Loch Ness Monster sightings to date, or not. ‘It’s a part of the world that always makes you second guess what you’re seeing,’ Ian said. ‘When you’re up there, you’re constantly looking in the water to see if you can spot anything in there. ‘This is the first time I’ve ever seen Nessie in the loch. It would be amazing if I were the first one to find her.’ h/t metro

Some are discounting the photo, saying the whisky warehouse worker simply captured three seals playing together, but others are convinced the snap proves the existence of the iconic monster. Over the years there have been 1,081 sightings of the Loch Ness Monster.