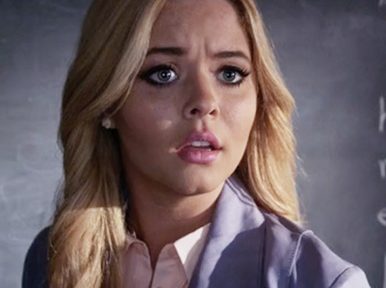 We all knew it was coming but most of us PLL (Pretty Little Liar) fans held out hope that the rumors were false and this was just a plot twist in –A’s sick little game.

Alas, no the final season will be in 2017 and it is ending. Marlene King and the PLL crew got together this morning for a live chat and they dished all the dirty little details of the last season. You can find the chat on their Facebook page, plus some delicious fan questions. The final 10 episodes will premiere on Freeform, in April of 2017. The crew promised more twist and turns than we could imagine and maybe some fan fave’s will return. King and the Liars promised all of our questions will be answered and motives revealed. Sit back PLL fans because this is the season we have all been waiting for. No annoying cliff hangers because this is it……THE END. And all will be revealed like who is Mary’s baby, what in the hell are Jenna and Noel up to and who in the heck is A.D.????

Producer and Director of PLL, Marlene King, is planning on introducing the PLL audience to her new show: Famous in Love. It will premier together with the final season of Pretty Little Liars? I’m guessing she thinks she will have a built in audience with her existing fans but I’m here to tell you, I think it will flop. I personally will tune in for the final season of Pretty Little Liars and bid them a proper farewell. After all I have been with them since day one and I am a huge fan but I will pass on this new show. I watched the trailer over and over again hoping to not be annoyed but I found myself getting more annoyed.

My question to all the PLL fans out there is…….. Can Rosewood handle another 10 more episodes and what will be the biggest secret of all????