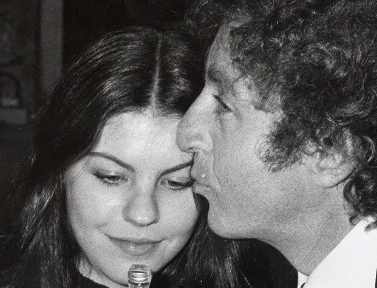 Gene Wilder, who famously starred in, ‘Willy Wonka, passed away at 83 of complications from Alzheimer’s. The comedic icon had only one child: an adopted daughter, Katharine, the daughter of Mary Joan Schutz. Gene Wilder and Mary Joan Schutz were dating in the 1960s when Schutz’s daughter, Katharine, began calling Gene “dad.” At that point, according to Gene’s book “Kiss Me Like a Stranger,” he decided to marry Mary and adopt Katharine in 1967. You can see photos of Katharine here and here.

Gene and Mary Joan didn’t last, however. Seven years later, they were divorced. Katharine thought that her dad was having an affair with Madeline Kahn, his co-star in Young Frankenstein. The belief played a role in their estrangement.

3. Gene Said He Lost Katharine When She was 22 In an interview with Larry King Live in 2002, Gene Wilder said that he had a daughter and “lost her a long while ago.”

“That’s too sad a story to go into,” he said about her.

King asked how old Katharine was when Gene lost her, and he said she was 22 or 23.

4. He Said Katharine Never Forgave Him and Probably Didn’t Read His Books
kiss me like a stranger In an interview with New York Daily News in 2005, Wilder spoke about his book “Kiss Me Like a Stranger.” He talked about how he used to have an intense need to be the center of attention, and even sharing that space with his daughter, whom he cared for deeply, became “too crowded.” He said that Katharine never forgave him and severed all ties with him. One reason he wrote the book was because of her, he said, but he doubted that she would read it:

“If she does (read my book), I hope it will explain some things she didn’t want to understand.”

5. Gene Wilder Only Had One Child, But His Nephew Jordan Referred to Himself as ‘Gene’s Kid’ Because They Were So Close

Despite being married four times, Wilder only had one child. He was married to Mary Mercier from 1960 to 1965. He was married to Mary Joan Schutz for seven years, and he adopted her daughter Katharine while they were married. He married Gilda Radner in 1984 and they were together until she died of cancer in 1989. He and Gilda tried to have children, and she was diagnosed with ovarian cancer while she was being treated for infertility. He married Karen Webb Boyer in 1991 and they were still married when he passed away.

Gene and his nephew, Jordan Walker-Pearlman, were very close. When Jordan released a statement about Gene’s death, he signed it: “Gene’s kid.” At Jordan’s wedding, Gene served the role of the “parent” of the groom, according to IMDB. h/t heavy