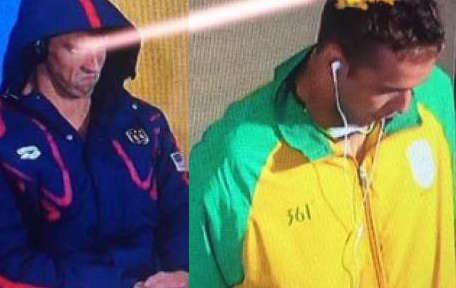 Michael Phelps was asked while exiting a Starbucks some questions about his embattled teammate Ryan Lochte.

When asked whether or not he believes Lochte will weather the situation, Phelps responded: “We have good people taking care of it, so hopefully.” Phelps admitted he has not spoken to Lochte since the scandal broke.