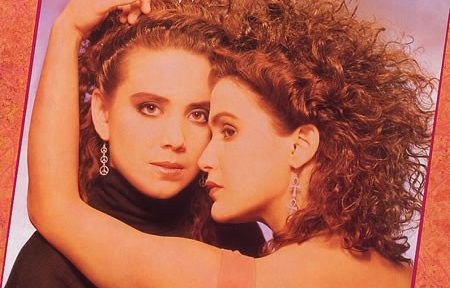 Wendy Melvoin and Lisa Coleman, aka, Wendy and Lisa, Prince‘s former band members, are speaking out for the first time about his sudden passing.

Wendy and Lisa, who parted with The Revolution back in 1986, were caught on video by reporters as they were boarding a plane at LAX while making their way to Minnesota. Wendy (guitar) and Lisa (keyboards) — the most prominent members of The Revolution — were at LAX Sunday morning, on their way to Minnesota … and revealed plans for the band to get back together to honor their friend and bandleader. If, like most people, you watched “Purple Rain” this weekend … you saw how close Prince was to Wendy and Lisa, and it’s clear in this video just how crushed they are by the loss. h/t tmz Wendy and Lisa performed with Prince at the 2006 Brit Awards.

In related news, it has surfaced that Prince worked for 154 hours straight before the time of his death last week. Prince’s brother-in-law claims the singer stayed up about 6 and a half days days without sleep before he was found dead at his recording studio home complex in Minnesota.