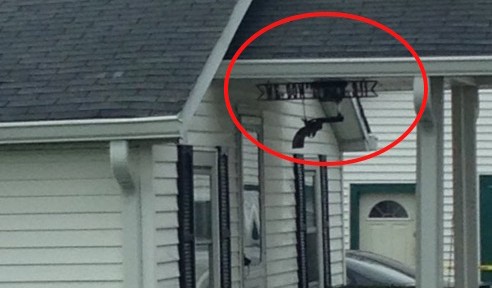 Outside an Indianapolis home a sign hangs that simply reads, “We don’t dial 911,” any questions? One unlucky intruder had to learn the meaning the hard way..

A mother at home alone with her child heard the intruder breaking into her home through the window of the baby’s room, so she stayed true to her residence’s motto, grabbed her gun, and after being fired upon, fired back, hitting the suspect multiple times. Mother and child were uninjured in the scary incident.