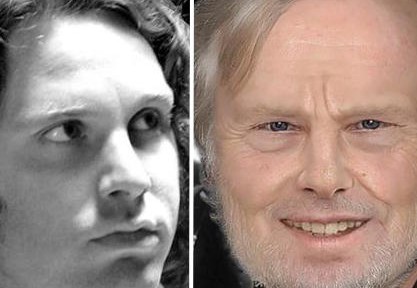 A rumor has surfaced been published claiming that The Doors‘ singer, Jim Morrison, is alive and living in Paris.

Morrison, who in 1971 died of a drug overdose at age 27, is reportedly alive and residing in a Paris retirement home. According to Reuters and the Associated Press International, James Douglas Morrison, the lead singer of the rock group, “The Doors,” is alive in a Paris retirement home. Morrison, who rose to the heights of rock legend in the late 1960’s, was said to have passed away in the bathtub of his Paris apartment on July 3, 1971. The fact that there was no autopsy and no one who claimed to have ever seen his corpse, the legend, mystery, and controversy surrounding the Lizard King has continued to swell. Reuters Paris beat reporter, Belda Sauvé, who has been investigating various Morrison rumors for the past 45 years, broke the story last evening and sat down for a Scooper exclusive. “I was contacted by a nurse from Petites Soeurs des Pauvres, an assisted living hospital for the infirmed,” Ms. Sauvé told the Scooper. “This nurse informed me that she was caring for a patient named Jacques Henri de Toulouse-Lautrec. The patient, who is suffering from alcoholism and liver and kidney failure, as well as moderate dementia, told her he was the grandson of the famous French post-impressionist artist, Henri Marie Raymond de Toulouse-Lautrec. Everyone believed his story because they knew that the senior Toulouse-Lautrec was a raging alcoholic that cavorted with prostitutes.” h/t snopes

Neither Reuters and the Associated Press have not yet commented on the shocking story. The claim originally appeared the Nevada County Scooper, a site described by its disclaimer as being “satirical in scope and intent.”