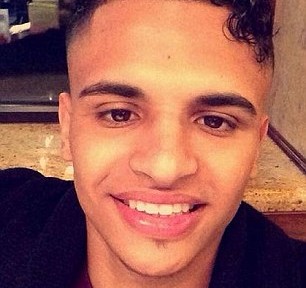 Up and coming Dearborn, MI, boxer, Hamzah Aljahmi, has died after his first professional bout.

Hamzah Aljahmi, 19, was knocked down three times in the first round, but he kept going, coming back strong in the next few rounds, and showing no signs of a health problem. Then he went to a knee and closed his eyes. “Yeah, it came up in my mind,” said trainer Mohamed Hamood. “He went down early in the round, came back up and won the second half of the first round.”

“Even when he got up knocked down, the referee told him this is mandatory stuff and stepped aside, told him to walk towards me and he walked right at him,” Hamood said. “And there were no signs of that type of injury at all.”

Everything looked fine until the end of the fight, when Hamzah Aljahmi fell to one knee.

“He just collapsed, that’s all,” said cousin Ali Aljahmi. “That’s all I know. It came out of nowhere,” Hamood said. “The fight was over when he went down to one knee, he was complaining about a knee injury. That’s when the doctor came in to check out his knee, that’s when he closed his eyes and they rushed him to the hospital.” A few days later, Aljahmi passed away. Our thoughts and prayers go out to Aljahmi’s family and friends at this difficult time.