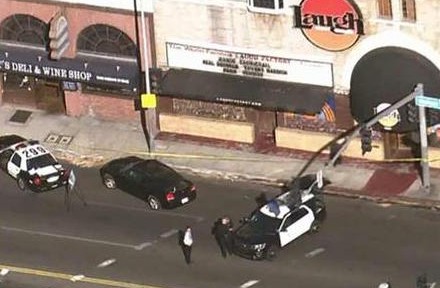 A suspicious package was found in the 8000 block of Sunset Boulevard in Hollywood near the Laugh Factory and Greenblatt’s Deli Wednesday morning.

The event prompted evacuations of all nearby businesses in the area, police said. A bomb squad with the Los Angeles Police Department has been called to the scene.