Little Swimmer! Michael Phelps Going To Be A Dad! 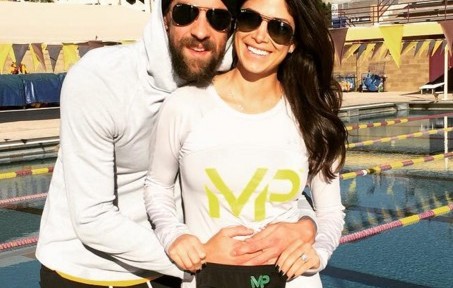 Michael Phelps did some swimming of a different kind, knocking up his fiancee Nicole Johnson.

Phelps and Johnson made the announcement on Instagram telling the world she’s 12 weeks pregnant. The couple also revealed it’s a boy. “We found out 8 weeks ago we were expecting… Today we’re over 12 weeks and it looks like we’re having a boy!!!#babymp #mp #lifeabouttochange#mpswim @djnolan5.” Phelps and Johnson got engaged back in February. They had been dating off and on since 2007. No word on when they plan to get married. h/t tmz

Congrats! Now swim to Vegas and get yourselves hitched!