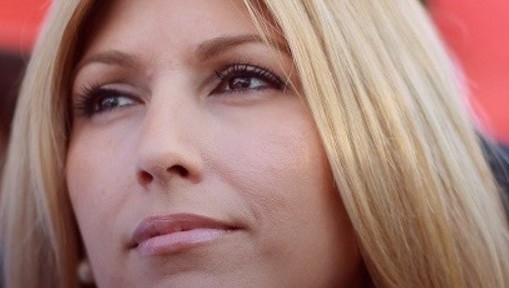 A mother of four, she has been married to U.S. Senator and GOP presidential candidate Marco Rubio for 17 years and was a member of the Dolphins cheerleading squad from 1997 to 1998. “Today, of course, she’s a different sort of cheerleader — for her husband’s presidential campaign, appearing by his side at major public events… After attending the same Miami high school and dating throughout college, the pair married in 1998, right after Rubio finished law school at the University of Miami,” the New York Post explained. h/t inquisitr

Rubio has quite the NFL cheerleader connection, Jeanette Rubio’s sister Adriana Dousdebes was also a Dolphins cheerleader, as was the senator’s sister Veronica.