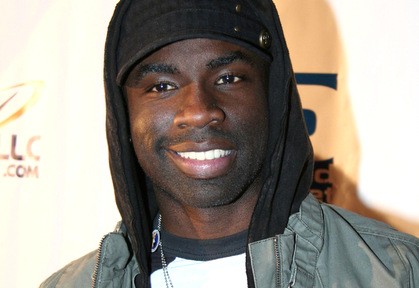 Sarpong’s sister, a television presenter in Britain, released a statement on the tragedy.

June Sarpong stated, “I love my brother very much. Sam was an amazing human being. His passing is a loss for the world. I’d ask anyone who is going through tough times to seek help. Please talk to someone.

“My family and I are in a state of shock, please allow us to grieve in private. Thank you for all your messages of condolence.”

Sam has previously appeared in modeling campaigns for Tommy Hilfiger, Gucci, and Versace. He also became the first black male model to do a Luis Vuitton editorial campaign.

The actor-model, who co-hosted MTV’s Yo Momma show alongside Wilmer Valderrama, was always considered the “life of the party”.

His MTV co-star Wilmer Valderama said in a statement, “I am so sad and so confused.. Sam did it all, believed in dreaming bigger than anyone around him.. We made memories together that will last us forever, thank you for sharing your talent with me and the world..

“Find your peace my brother! And to everyone in a dark place.. PLEASE, please talk to someone.. Anyone.. Trust me that we WILL listen. My prayers and heart are with family and friends that were blessed to know his beautiful soul.”

The model and musician appeared in over 60 movies including Love Don’t Cost a Thing and No Weapons, for which he won best lead actor at the San Diego Film Festival.

He also had numerous television roles including Everybody Hates Chris, Cold Case, and a small upcoming role as a neighbor in FX’s American Crime Story.

Sam Sarpong is survived by his father and his sister June Sarpong, an English TV presenter.

Our condolences to his family members and friends.