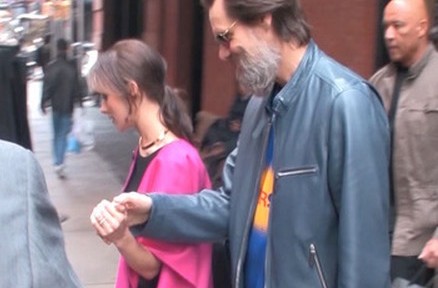 Jim Carrey has commented on the sudden suicide of his on-again, off-again girlfriend, Cathriona White, saying in part, he was hit with a “lightning bolt.”

White reportedly left a suicide note citing her recent breakup with the actor as her reason for taking her own life. “She was a truly kind and delicate Irish flower, too sensitive for this soil, to whom loving and being loved was all that sparkled,” the actor said. “My heart goes out to her family and friends and to everyone who loved and cared about her. We have all been hit with a lightning bolt.” h/t ew

White, a makeup artist, first met Carrey in 2012 on a film set, and dated for most of 2013 before reuniting earlier this year.