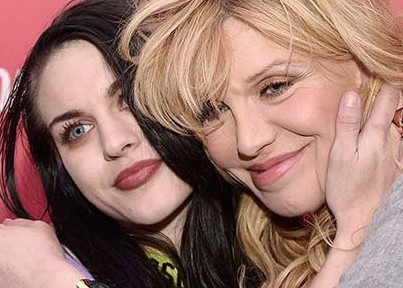 Frances Bean, 23, married longtime boyfriend, Silva, in what’s she called, “a private ceremony,” that was so secret, her own mother and Hole singer, was left in the dark. Courtney Love didn’t know about the wedding at all!!! Apparently, the Empire actress gets along extremely well with Isaiah and was a little hurt that she wasn’t invited to the event, but completely understood why her daughter needed to take such a big step on her own. We’re hearing the two did talk right after the ceremony was finished, so at least Courtney was included to some extent! h/t perezhilton

Can we blame Bean for leaving her crazy mother out of the once in a lifetime fiesta?