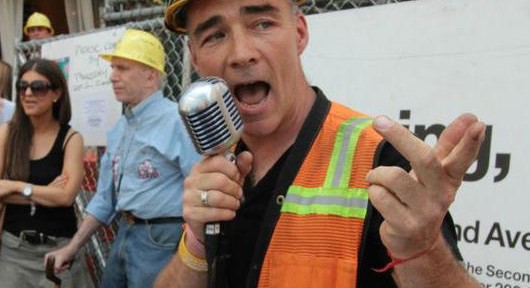 An ironworker who became an overnight sensation after crooning while working at a New York City subway construction site, has been found dead in an apparent suicide, the NYPD said in a statement. He was 54.

Gary Russo aka Second Avenue Sinatra, was located lifeless hanging from a tree in Queens after being reported missing one month ago. The 54-year-old was found hanging from a tree in a park in Queens. Russo had been dubbed the “Second Avenue Sinatra.” His car was found empty near a stretch of reeds in the outer-city neighborhood of Howard Beach earlier this month. Russo was helping build the future Second Avenue subway in Manhattan in July 2011 when he decided to sing on his lunch breaks. A bystander’s video drew national TV attention and high-profile gigs. h/t pix11

He had been missing since he left his home on July 28.