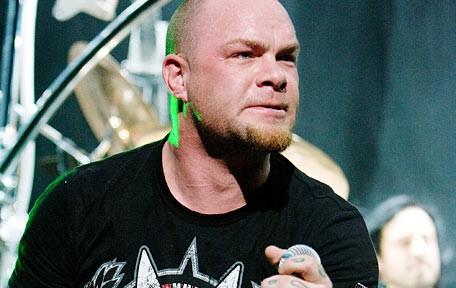 The estranged wife of Five Finger Death Punch singer Ivan Moody told a judge that she thinks he is in desperate need of rehab, and released photos of her battered face to prove it.

Holly Smith filed an affidavit with the Adams County Court in Colorado claiming Ivan can no longer tell the difference between reality and make believe and she blames his alcohol abuse. In the docs, Smith says Ivan’s taking on the personality of the band’s song, “Jekyll and Hyde.” She says, “Ivan has talked to me in third person in a voice different from his own as if he were a demonic presence inhabiting a body.” Ivan’s sister, Sandra Dykes, filed an affidavit of her own as well backing up many of Holly’s claims. Holly and Sandra think he needs to get into rehab immediately. h/t tmz

The judge granted Holly a restraining order against Ivan.